Running, jumping, throwing, walking. Athletics – whose first competitions date back to Antiquity – covers a wide range of disciplines. Close-up on some of the most iconic of them… to refresh your memory (just a little). 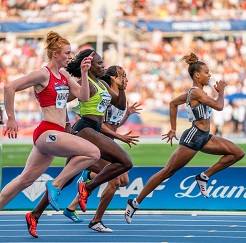 The 100m is surely the most famous and most followed of all races. Sometimes called the “straight line”, the 100m is the equivalent of the 60m indoor, with a similar technique. As a result, a good 60m runner will generally have facilities in 100m and vice versa. 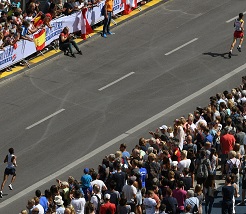 21,097km is the distance of the half marathon, precisely half the distance of the marathon. This mythical event takes its name from the eponymous Greek city where a battle between the Greeks and Persians took place. A Greek soldier, Phidippides, was in charge of bringing the news of the victory to Athens. Out of breath, he died of exhaustion after delivering his message.

Half marathons are usually not part of the programme of major international competitions. As 2020 is an Olympic year, it replaces the marathon being less physically demanding and consequently allowing marathonians, who will have participated in the Tokyo Olympic Games, to line up at the start. 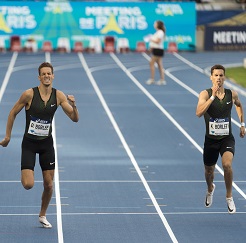 The 400m is considered as the longest and hardest among the sprinting events. This race requires great concentration and mental strength because the last 100 meters are often very hard. A 400m sprinter must be able to maintain the same speed and quality of stride over the entire distance despite the final fatigue. Running a 400m correctly demands mental stregh to cope well with high amount of lactic acid. 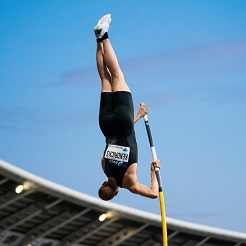 This is the only jumping event that uses a mandatory accessory to the practice of the event: the pole vault. The counting of the steps, the choice of the right pole and the planting are three things not to be neglected, the first influencing the other two and the second influencing the third.
26 August (qualifications W), 27 August (qualifications M), 28 August (final W), 30 August (final M) 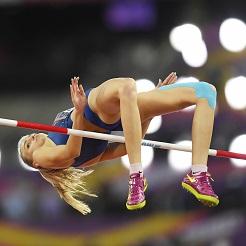 The high jump is an athletics event that differs from the other three jumps as its approach is not straight. This curved run is one of the elements of the technique known as “the fosbury-flop”, invented by Dick Fosbury. 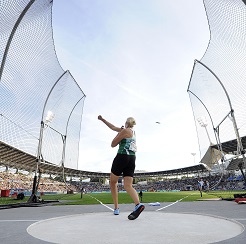 The Discus throw is a track and field event which consists of throwing a heavy disc as far as possible. The men’s world record for men is held by Jürgen Schult since 6 June 1986 with a throw at 74.08m. Gabriele Reinsch is the current holder of the women’s world record with a 76.80m performance. 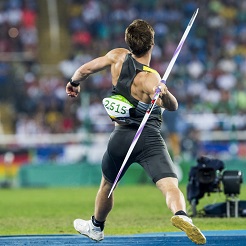 Javelin Throw is a discipline that consists of throwing a device called a javelin made of metal, fibreglass or carbon fibre. Athletes are allowed six attempts. After the three attempts, only the best eight throwers are allowed to have three more attempts. The winner is the one who has thrown the javelin as far as possible, measured to the nearest centimetre.