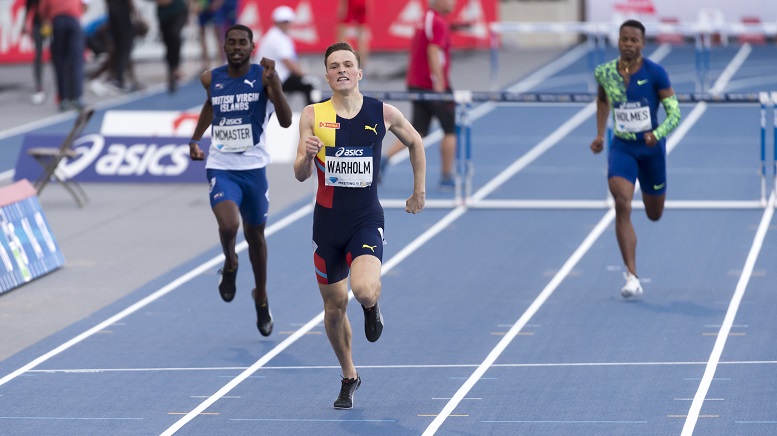 Like the fans, European athletes have crossed Paris 2020 as a must-attend competition after Tokyo 2020 Olympic Games. Karsten Warholm is one of them, with a challenge in mind: going for the gold on both on 400m-400m hurdles in Charléty.

The Organising Committee has adjusted the competition programme to make it possible. The Norwegian two-time world champion and European record holder, who competed in the last two editions of the meeting de Paris, shared his excitement when picturing the blue Parisian track and the European fans:

Karsten Warholm, 400m hurdles European champion and two-time world champion
“I love challenges and double in Paris will be a tough one. I already tried in Berlin in 2018 and I reached the finale (he finished 8th). I learned that this is tough but possible and I know I can do better in Paris (…)
I like running in Paris, the new track is very nice. The stadium is always packed with a crowd giving athletes good vibes. Back from Tokyo, Paris is a perfect place for these European Championships. I am really looking forward to it. The interest for track and field in Norway is huge these days, with many athletes performing very well. Many Norwegian fans will come to support us, I will feel like home”.

Karsten Warholm can’t wait to meet with the fans and to see the Eiffel Tower next August.