Home > The event > Festival Athle
Share on
The event

From 25 to 30 August 2020, Paris will offer a marvelous setting for the Europe of Athletics. In Charlety stadium, fans will be thrilled by the performances of 1,500 athletes during a Festival combining sport, music and gastronomy that will gather all lovers of sports and emotions.

A festive and popular celebration in the heart of Paris

For the first time since 1938, the European Athletics Championships are back in Paris. This is a unique opportunity to come and celebrate the French and European athletes back from the Tokyo 2020 Olympic Games. Inside the Charléty Stadium obviously but within the whole city of Paris as well. Two initiatives aim to make the event as festive and popular as possible by bringing athletics out of the stadium to meet a wider audience.

Athletics Park, the place to be in August 2020

– Athletics Park will be a fan zone, located on the Torcadéro’s esplanade, with free access and where everyone will be part of the event. There, Parisians and tourists will be able to attend the medal ceremonies every day and enjoy animations (food, music, games) while watching the competition on a giant screen. The fan zone will also be hosting the long jump qualifications (men & women) for two thrilling sessions!

– A 10km popular race (European Mass Race) will allow everyone to feel the excitement of real competition. The race will be organised the same day as the half-marathon of the European Championships (Sunday August 30) and on part of the same route, with some of Paris’ iconic monuments as a background.

More details about the schedule of this Festival Athle will follow on a regular basis. 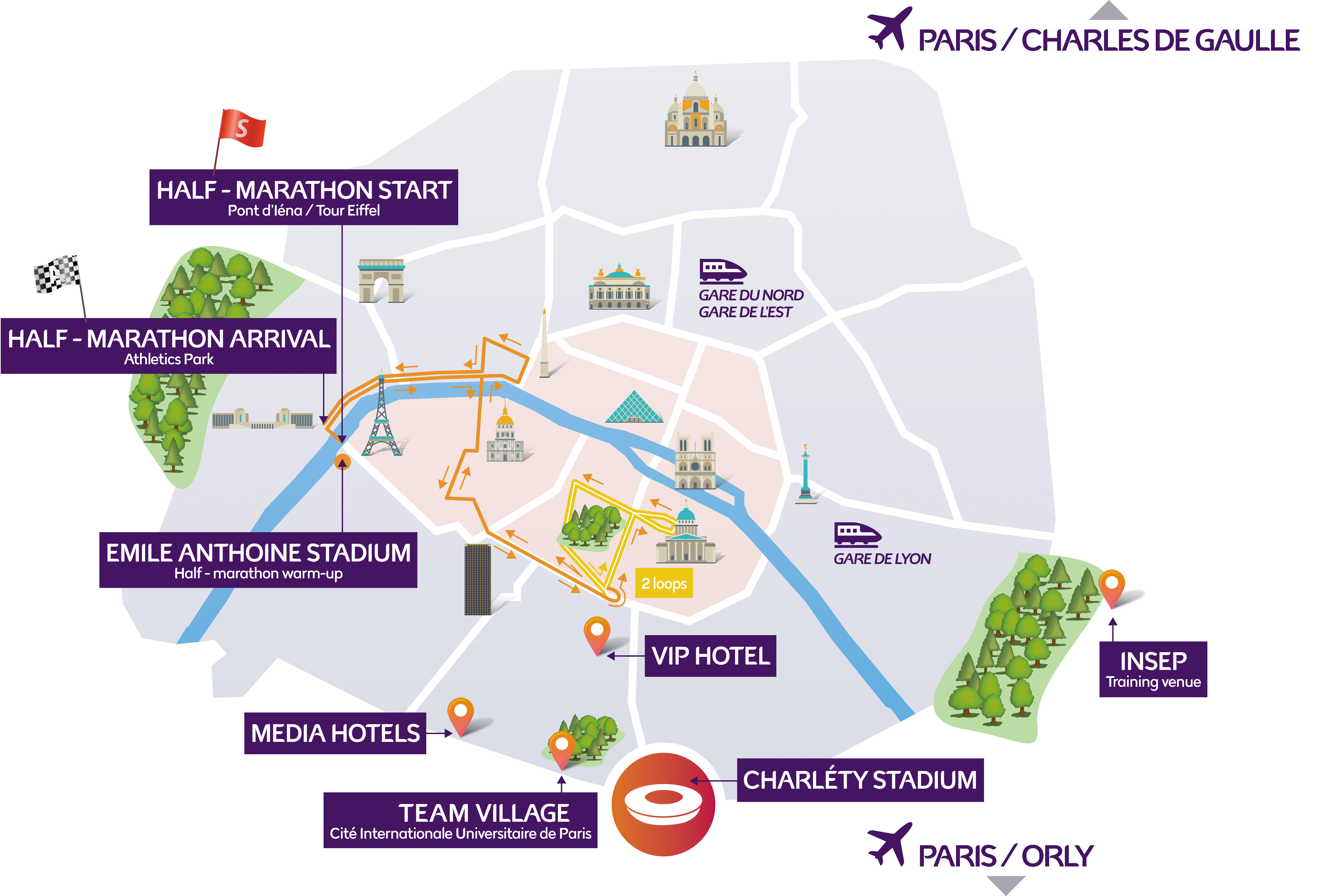